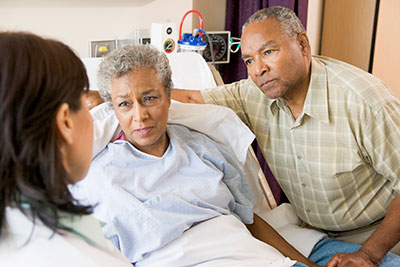 As a doctor, you probably realize that your office is a very sensitive environment. Not only do you have to provide patients with safe, effective care, but you also have to make them feel comfortable with you. That means holding all of their personal information in strictest privacy. Indeed, should you fail to do so, the patient might have the grounds to sue you for breach of privacy. That could turn out to be a huge problem. Is this the same as malpractice? Will your malpractice insurance cover breach of privacy?

Breach of privacy allegations nothing to take lightly. Regardless of whether the mistake was yours, or if you had no control over it, you must react. Part of doing so means ensuring that your practice has the right insurance to respond to these claims.

As someone’s medical care provider, you (and everyone else in your practice) have to respect that person’s right to privacy. A patient’s medical information is among the and sensitive that they have. As their physician, you have a duty to safeguard that information. If you fail to do so, you might commit a breach of doctor-patient confidentiality.

Therefore, medical care providers are duty-bound, by law, to keep a patient’s medical information and medical records private. Unless a patient consents to the sharing of this information, then doctors should never try to do so.

Sometimes, breaches of privacy could come from accidental occurrences, such as data breaches. However, there are other situations in which a physician’s (or other care provider’s) mistakes, or lack of , could cause a patient’s private information to become known to others, even the public. This might qualify as a breach of confidentiality.

A patient’s information is so sensitive, in fact, that in some cases, one doctor discussing a patient’s case with another doctor might even cause a breach of confidentiality. That’s why most physicians and patients sign confidentiality agreements before the patient starts their care. These agreements establish rules on when and how the doctor can share a patient’s private information. Doing so outside of the agreement might constitute a privacy .

As a result of a confidentiality breach, the patient might stand to lose a lot. They might blame the physician or practice for this loss. Because of their losses, they might even sue the practice for malpractice.

Malpractice occurs when a doctor fails in their duty to provide the highest standards of care for their patients. Mistakes, negligence lack of attention are all factors that might trigger a case of malpractice. As a result, breaches of privacy, by law, are cases of malpractice.

During these cases, the doctor’s legal costs might mount. Furthermore, they might have to settle with patients for the damage they caused. This will often involve a hefty sum. To cover these costs, physicians might wonder if they can turn to their malpractice insurance. Will it help physicians cover such losses?

In many cases, should a privacy breach claim arise, your medical malpractice insurance might be able to help you However, there is no guarantee that the policy will cover every lost cost you might sustain in the case.

Malpractice policies frequently cover a physician’s legal fees, given that claims often take time to work their way through court. Policies will often also cover settlements or awarded by the courts. All the same, if you have to pay punitive damages, your policy might not cover them. That’s because punitive damages are designed, essentially, to punish the offending party for the damage they caused. They seek to ensure that such losses don’t happen again.

The best way to protect your practice from malpractice claims is to keep risks to a minimum. When it comes to confidentiality breaches, this means instituting a rigorous system to keep sensitive information in its proper place. The tighter you safeguard information, the lower the risks of accidents occurring.

For help setting up your malpractice policies, call one of our agents today or fill out a form for a free . We’re more than happy to help you understand when your policy will and will not apply to breaches of confidentiality.