What is Microbrewery Insurance?

What Businesses in New York Could Benefit from Craft Brewery Insurance?

Craft brewery insurance, as this type of insurance is also called, is appropriate for most breweries in New York. A few large breweries may have insurance needs beyond what craft brewery policies are able to provide, but most small and medium breweries find that these policies offer robust and affordable protections.

Some of the general business policies that a brewery might want to look for include:

Most of these coverages are highly relevant to certain situations that breweries can face, but they’re also used by businesses in other industries.

A few coverages that are more specific to the food service and brewing industries include:

(The exact coverages that a single craft brewery policy provides depend on the policy’s terms, conditions and exclusions.)

Can Craft Brewery Insurance Premiums Be Deducted from Taxes?

As long as insurance premiums are used only to insure a brewery, they’re generally tax deductible. How they’re deducted may depend on a brewery’s business structure, and tax laws can change from year to year. For specific advice, breweries should consult an accountant who can review their situation and tax liabilities.

How Can New York Breweries Get Microbrewery Insurance?

With the help of an independent insurance agent, craft breweries can quickly get several quotes for microbrewery insurance policies. Because some of the coverages that breweries often need, such as tank collapse coverage and tank leakage coverage, are specific to the industry, breweries should look for an agent who specializes in serving breweries in New York.

Microbreweries often start out as small operations, making just a few batches of beer at first. Being small, however, doesn’t protect breweries from potential perils. Breweries large and small can have property damaged, be sued for damage or injury they cause, or face any of a number of other incidents. Every brewery in New York should have microbrewery insurance before it sells its first beer. 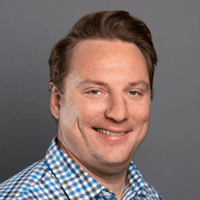